25 Science-Backed Benefits of Mindfulness and Meditation

The popularity of mindfulness and meditation has increased in large part due to the growing body of evidence supporting efficacy. What was once considered something for the “spiritual types” has since been adopted by those looking for a competitive edge.

Business leaders like Jack Dorsey of Twitter and Jeff Weiner of Linkedin practice daily, while corporations like Google, Apple, General Mills, and Goldman Sachs have adopted mindfulness programs for their employees. In fact, health giant Aetna reported employees’ annual productivity rose by about $3,000 each after they participated in a mindfulness training program.

This article covers 25 science-backed benefits of mindfulness and meditation that helped motivate people to start practicing.

There’s only so much time in a day but increasing your energy levels can help you get more done with the time that you have.

A vital component of learning, cognitive flexibility helps you switch between concepts and think about multiple concepts simultaneously.

A 2009 study comparing meditators to a meditation-naïve control group found that meditating and mindfulness are positively related to cognitive flexibility.

It’s no secret that standardized tests can affect school and job placement, ultimately affecting your income and overall life situation.

Focus and attention are critical to any goal-oriented behavior. But if you think about it, you’ll probably get more out of leisurely things like watching a movie or listening to music.

Apparently, these changes can happen fast.

Working memory is essential for effective decision-making and behavior.

Cognitive control allows us to orient behavior according to our goals.

High blood pressure can lead to life-threatening conditions like heart attack and stroke, and usually does not have warning signs.

If you’re interested in coming up with valuable new ideas, you should invest in your creativity.

Studies in 2012 and 2014 concluded that open-monitoring meditation promotes divergent thinking, the style of thinking that allows new ideas to be generated. A later meta-analysis deemed it “very likely” that mindfulness benefits creative abilities.

An estimated 75% - 90% of visits to the doctor are for stress-related issues.

A 2014 study including over 3500 people concluded that meditation programs can result in reductions of multiple negative dimensions of psychological stress. In 2017, a systematic review and meta-analysis concluded that mindfulness-based interventions have the potential to significantly improve stress levels.

While stress is the response to an external threat, anxiety is the unpleasant internal reaction to past and potential stress. Unlike stress, anxiety persists even after a concern has passed.

Studies in both 2008 and 2014 deemed mindfulness and meditation an effective treatment for anxiety.

Positive thinking isn’t about ignoring the negative. It’s about approaching life in a more positive and ultimately more productive way.

A 2009 research review found that mindfulness is associated with more positive states of mind. In 2019, a study revealed that multiple forms of meditation increase positivity of affect.

Did you know that depression has a significant impact on work performance?

A 2014 study concluded that meditation is an effective treatment for depression. A later study deemed mindfulness-based interventions effective in reducing depression.

One study of over 3500 participants found that meditators reported less chronic or intermittent pain.

We’re all expected to manage our emotions to prevent thoughts and feelings from negatively affecting our lives and behavior. But it can be difficult.

A 2015 study found that mindfulness is associated with healthy emotional regulation. This includes enhanced emotional recovery, and enhanced ability to engage in goal-directed behaviors. Another study back in 2011 suggests that practicing mindfulness leads to better emotional stability.

Emotional distress is a level of unpleasant feelings that interferes with your activities of daily living. Although most do not experience it regularly, it can be debilitating when it does arise.

A 2015 meta-analysis found that an 8 week mindfulness based intervention was effective in reducing distress. An earlier 2009 meta analysis determined that basic and clinical research indicated that mindfulness is associated with less emotional distress.

We should all strive to live a happy life filled with a strong feeling of purpose.

A 2018 study found that there is substantial evidence that mindfulness training improves overall psychological well-being.

Critical thinking allows us to form accurate judgments through objective analysis and evaluation.

Resilience, hope, and optimism are essential to performing when things feel bleak.

A 2014 study examining CEO’s and managers found that mindfulness is significantly positively correlated with psychological capital—hope, resilience, and optimism.

This one’s a no-brainer.

Our brains begin deteriorating after the first two decades of life and continue to degrade further with increasing age. One of the biggest factors is the reduction of grey matter, necessary for many things that we take for granted (muscle control, sensory perception, memory, etc.). A UCLA study found a slower decline in grey matter among meditators.

The 21st century makes dealing with distractions more important than ever. Believe it or not, distraction is also linked to things like anxiety and lack of sleep.

A 2007 study concluded that mindfulness meditation reduces distractive and ruminative thoughts and behaviors.

Although compassion may not be near the top of your list of “things I want,” it should be. Often the most impactful people in our lives, the ones we admire most, are the most compassionate. A 2013 study came to the conclusion that meditation increases compassionate responses to suffering.

What to make of this?

The many benefits of mindfulness and meditation can entice anyone. But the multiplicity can seem paradoxical, if not confusing. Not knowing what to believe, many are deterred from starting. How can one thing increase my energy but also help me sleep? How does one thing help me focus but also facilitate divergent thinking? The answer lies in cognitive control and awareness. Meditation allows you to direct your awareness in different ways and to different targets. You can shift your awareness to a single object of attention to train focus, or instead open your awareness to the entirety of your experience to increase creativity. We cover this gap between scientific research and the realities of practice in our upcoming article “The #1 Problem with Meditation R&D.”

Fear not! We created a meditation program, hand tailored by Dr. Greg Seton, that gives you everything you need. Worried about getting started? The Lumiate effect is especially useful for novice meditators to integrate assisted meditation into the day. More advanced? Greg has been studying and practicing meditation for over 30 years, and he still practices variations of our meditations to this day. 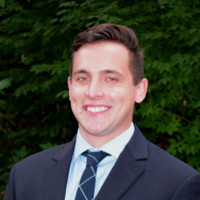